COVID 19 - Delta and Delta Plus Variant

It has mutations in the gene encoding the SARS-CoV-2 spike protein causing the substitutions T478K, P681R and L452R, which are known to affect the transmissibility of the virus as well as whether it can be neutralised by antibodies for previously circulating variants of the COVID-19 virus. Public Health England (PHE) in May 2021 observed secondary attack rates to be 51–67% higher than the alpha variant.

On 7 May 2021, PHE changed their classification of lineage B.1.617.2 from a variant under investigation (VUI) to a variant of concern (VOC) based on an assessment of transmissibility being at least equivalent to B.1.1.7 (Alpha variant); the UK's SAGE subsequently estimated a "realistic" possibility of being 50% more transmissible. On 11 May 2021, the WHO also classified this lineage VOC, and said that it showed evidence of higher transmissibility and reduced neutralisation. The variant is thought to be partly responsible for India's second wave of pandemic beginning in February 2021. It later contributed to a third wave in Fiji, the United Kingdom and South Africa, and the WHO warned in July 2021 it could have a similar effect elsewhere in Europe and Africa.

Delta with K417N corresponds to lineages AY.1 and AY.2 and has been nicknamed "Delta plus" or "Nepal variant". It has the K417N mutation which is also present in the Beta variant.  The exchange at position 417 is a lysine-to-asparagine substitution. 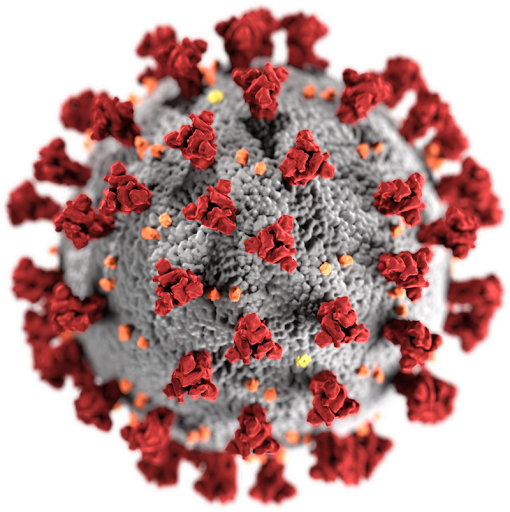 Surveillance data from the Indian government's Integrated Disease Surveillance Programme (IDSP) shows that around 32% of patients, both hospitalised and outside hospitals, were aged below 30 in the second wave compared to 31% during the first wave, among people aged 30–40 the infection rate stayed at 21%. Hospitalisation in the 20-39 bracket increased to 25.5% from 23.7% while the 0-19 range increased to 5.8% from 4.2%. The data also showed a higher proportion of asymptomatic patients were admitted during the second wave, with more complaints of breathlessness.

Surveillance data from the U.S., Germany and the Netherlands indicates the Delta variant is growing by about a factor of 4 every two weeks with respect to the Alpha variant.

In India, the United Kingdom, Portugal, Russia, Mexico, Australia, Indonesia, Russia, South Africa, Germany, Luxembourg, the United States, the Netherlands, Denmark, France and probably many other countries the Delta variant had become the dominant strain by July 2021. There is typically a three-week lag between cases and variant reporting.

On 7 June 2021, researchers at the National Centre for Infectious Diseases in Singapore posted a paper suggesting that patients testing positive for Delta are more likely to develop pneumonia and/or require oxygen than patients with wild type or Alpha.

On June 14, researchers from Public Health Scotland found that the risk of hospitalization from Delta was roughly double that of from Alpha.

On June 11, Public Health England released a report finding that there was a "significantly increased risk of hospitalization" from Delta as compared with Alpha.

Popular posts from this blog

The less alcohol you drink, the lower your risk for cancer. The less alcohol you drink, the lower your risk for cancer. Drinking alcohol raises your risk of getting six kinds of cancer— Mouth and throat. Voice box (larynx). Esophagus. Colon and rectum. Liver. Breast (in women). All types of alcoholic drinks, including red and white wine, beer, cocktails, and liquor, are linked with cancer. The more you drink, the higher your cancer risk. Why Does Alcohol Use Raise Cancer Risk? When you drink alcohol, your body breaks it down into a chemical called  acetaldehyde.  Acetaldehyde damages your DNA and prevents your body from repairing the damage. DNA is the cell’s “instruction manual” that controls a cell’s normal growth and function. When DNA is damaged, a cell can begin growing out of control and create a cancer tumor. source: www.cdc.gov
Post a Comment
Read more

If I have already had COVID-19 and recovered, do I still need to get vaccinated with a COVID-19 vaccine? Yes, you should be vaccinated regardless of whether you already had COVID-19. That’s because experts do not yet know how long you are protected from getting sick again after recovering from COVID-19. Even if you have already recovered from COVID-19, it is possible—although rare—that you could be infected with the virus that causes COVID-19 again. Studies have shown that vaccination provides a strong boost in protection in people who have recovered from COVID-19. Learn more about why getting vaccinated is a safer way to build protection than getting infected. If you were treated for COVID-19 with monoclonal antibodies or convalescent plasma, you should wait 90 days before getting a COVID-19 vaccine. Talk to your doctor if you are unsure what treatments you received or if you have more questions about getting a COVID-19 vaccine. If you or your child has a history of multisystem inflam
Post a Comment
Read more

Sleep and your health

Sleep and your health Sleep affects your mental and physical health.  Getting good sleep helps boost your mind and mood and can help prevent health problems. Women are more likely than men to have insomnia and other sleep problems. 1  Changing hormones during the menstrual cycle, pregnancy, and menopause can affect how well a woman sleeps. But there are steps you can take to get the rest you need. How does sleep affect my mental health? Your mind and body are healthier when you sleep well. Your body needs time every day to rest and heal. Some sleep disorders, such as  insomnia , sleep apnea, and restless leg syndrome, make it harder to fall asleep or stay asleep. This can lead to daytime sleepiness and make it more difficult to stay in good mental health. Having a sleep problem can also trigger a mental health condition or make current mental health conditions worse. Also, mental health conditions or treatments can sometimes cause sleep problems. How much sleep do women need each nig
1 comment
Read more

The TrustedHealth.info team aims to provide high quality health information accessible to everyone at no cost. We believe that it is a basic human right to get health queries answered. Our team of qualified doctors kindly provide this voluntary service at their free hours. Get in touch with us via the form below if you wish to make a donation or join our team.